Solar Reflex, unlike most knights, is a very perky type of knight. He is also a protector. Oh, and he loves to freeze. Nobody knows where Solar Reflex came from. Or how he became a skylander. All we know about him is he lied to Eon about what weapon he wields.

Nobody knows where Solar Reflex came from, or how he became a skylander. However, when Eon made him a skylander, he didn't want to be of the Fire Element. When Eon first saw him, he thought he wielded the weapons he used to have: A sword and a laser. But he was really just playing with them. All these years, Solar Reflex was hiding from Eon what he really wields: a Solar Shield and a Freeze Ray, until Eon saw him uing it to battle. Solar Reflex apologized, but Eon still made him keep his element and made him spend two days in the Prison Warp. Now Solar Reflex spends his days freezing enemies, playing with his best friends, and lying about 20 times a day.

Solar Reflex freezes enemies with his Freeze Ray, block with his Solar Shield, and summons powerful ice crystals to make his attacks stronger.

Skylanders can use abilities depending on their level. 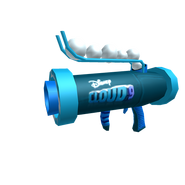 Solar Reflex's weapom
Add a photo to this gallery

Retrieved from "https://skylanders-fan.fandom.com/wiki/Solar_Reflex?oldid=27138"
Community content is available under CC-BY-SA unless otherwise noted.