Blind Sight, a Light elemental fakebot, is a new Core Skylander in Skylanders: Imaginarium. He is of the Light element, and is set to be released in the Starter Pack for the game. His re-imagined counterpart is called Shimmering Shotgun Blind Sight. He pilots the Cove Light vehicle.

Known by all in the Imaginarium as being Lucas's first Skylander ever, Blind Sight owns the incredible responsibility of leadership. He always knows what to do when trouble is afoot, and always leads other Skylanders out of trouble.

When a star had shined on the remains of an unworking Arkeyan robot, Blind Sight had came to life. He had never really learned his true significance behind his existance, and was born into the world as a complete noob. He never understood anything, except for his ability to produce balls of light and blast ultraviolet light from his stomach. Blind Sight wandered the lands of the Imaginarium, boggling the minds of Mabu of what he was and where he came from. One night, while wandering in Flister Forest, he caught sight of two evil creatures trying to break into a cabin. Knowing by intuition that they were evil, Blind Sight immediately jumped into battle and defeated them. This awoke Lucas, who would soon become friends with the light robot. Realizing that there was too much evil in the Imaginarium to go unnoticed, Lucas offered Blind Sight a role on the Skylanders. Blind Sight accepted, and soon, he would be the first Skylander ever to wander the Imaginarium.

Way back in Skylands' ancient times, where the Arkeyans enslaved Mabu and forced them to work, the Arkeyan had plans for their first robot that harnessed the power of light. This bot would start a new generation of Arkeyan knights, who would use the power of light against Skylanders. However, while they had built an actual body for the bot, the Arkeyans never had the intelligence to find a light source, as all of the light had been stored away in the very foundation of Skylands. The concept for the light Arkeyan would be scrapped, and left in the Arkeyan graveyards ever since.

Thousands of years passed since the remains of the bot had been built. The body was still in great shape, but it was buried deep under the remnants of the Arkeyan rubble. One day, a bright star shined onto the remains, providing a light source for the bot to consume. Emerging from the rubble, the light bot was full of life, and Blind Sight was born. After all those years, even though he was never alive, he still remembered the Arkeyans' original plans for his creation. But rather than spreading evil throughout the Imaginarium, Blind Sight would wander the lands trying to help those in need. After three months of exploration, Blind Sight found his way in Flister Forest, where Lucas had lived. One night, he caught site of zombies trying to break down the doors of his cabin. Without any hesitation, Blind Sight lunged into battle, lobbing light balls and blinding enemies. When the zombies were defeated and Lucas had awoken from his sleep, he realized he had been saved by Blind Sight. The two would become the best of friends, and soon, Lucas realized that Blind Sight had a courageous spirit...enough to pass to become a Skylander.

Overall, Blind Sight's stats are decent. His strength and agility numbers are average, due to his somewhat strong attacks and the effects they have on enemies, and the pace he travels. Blind Sight's defense stat number is the highest, because of his armor.

Blind Sight's upgrades are pretty standard. His default attack has him lob balls of light at enemies, and they can be further upgraded to have an electrical outline. His secondary default attack allows him to blast a powerful beam of light from his stomach, blinding enemies.


Founder Of The Flashlight
Enhance the uses of the flashlight!

Skylanders can use abilities depending on their level. 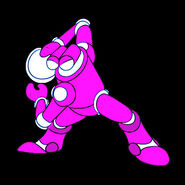 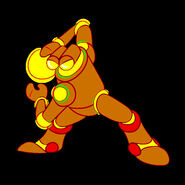 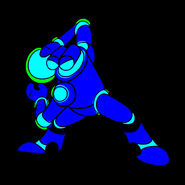 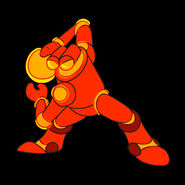 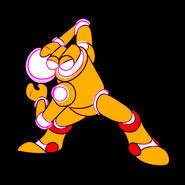 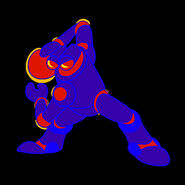 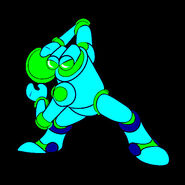 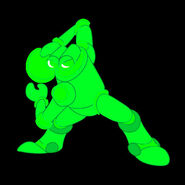 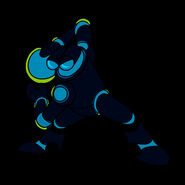 Dark Palette Swap
Add a photo to this gallery

Retrieved from "https://skylanders-fan.fandom.com/wiki/Blind_Sight?oldid=50613"
Community content is available under CC-BY-SA unless otherwise noted.